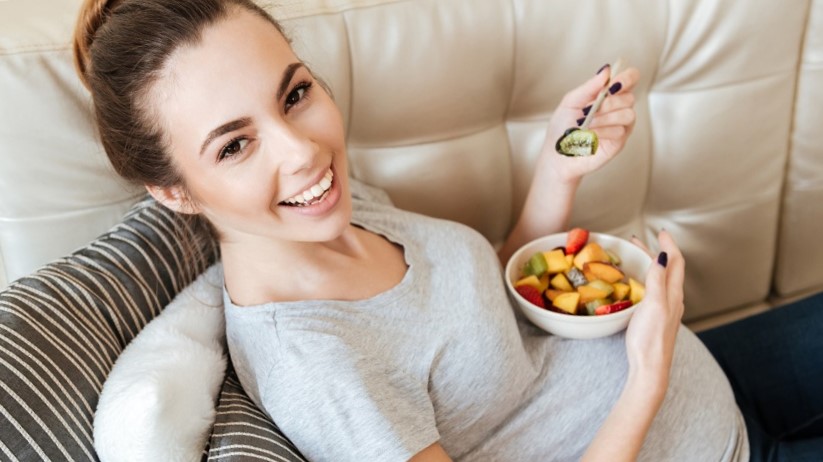 Posted at 10:49h in Recipes by Troy Richardson

During pregnancy, we must make some changes and adjustments in our routine and lifestyle because now our body has different needs that we must take care of and take into account so that everything goes correctly. One of these changes is in the diet, as certain foods are more likely to contain harmful microorganisms that cross the placental barrier and affect the baby that is not recommended at this stage. We share 18 foods that are prohibited during pregnancy and can harm your baby.

Pregnant women should avoid the following foods for their baby’s better health:

Raw milk is the milk of cows, sheep, and goats (or any other animal) that has not been pasteurized to kill harmful bacteria. According to the US Food and Drug Administration (FDA) website, raw milk can carry dangerous bacteria, such as Salmonella, E. coli, Listeria, Campylobacter, and others that cause foodborne illness.

These bacteria can be found in raw milk, as well as in derived products. Remember that boiling raw milk is not enough. The only way to ensure that it is safe is to buy pasteurized milk.

Like raw milk, unpasteurized dairy could contain listeria, so we must ensure that all dairy products specify on their labeling that they have been pasteurized or made with pasteurized milk.

Pregnant women are at serious risk for listeriosis caused by the bacteria Listeria, a bacteria commonly found in protein-rich foods served raw or without reheating, leading to miscarriage, premature delivery, infection, or death of the newborn.

Unpasteurized dairy products include those derived from milk such as yogurts, creams, ice cream or frozen yogurt and soft cheeses.

Like unpasteurized dairy products, we must be careful with certain types of cheeses due to the risk of listeriosis they present. They are particularly soft or Mexican-style cheeses, such as brie, feta, camembert, white cheese, fresh cheese, cheese panela.

It is important that they bear the seal they are made with pasteurized milk and not buy them in markets where we doubt the refrigeration they have had and the packaging.

The Roquefort cheese or blue cheese, which belongs to the group of soft cheeses with stretch marks, is best avoided during pregnancy because they are at increased risk of being contaminated with the bacteria.

Therefore, the consumption of raw and/or smoked fish and shellfish or that is not well cooked should be avoided to avoid the risk of listeria, a worm-shaped parasite that lives in the digestive tract of fish, cephalopods, and mammals.

Some examples of this are sushi (with raw fish that is not frozen at -20 degrees properly), smoked salmon, fish carpaccio, fish tartare or fish ceviche.

According to the FDA, pregnant women should avoid eating raw or undercooked shellfish such as prawns, prawns, oysters, clams, mussels, and oysters because of the risk of anisakis.

It is also not recommended to eat the heads of prawns because they contain high cadmium content, a metal capable of causing kidney dysfunction.

Bluefin tuna and other large fish

Although fish consumption during pregnancy is good due to proteins and nutrients such as Omega 3 and Omega 6 fatty acids, there are certain types of fish that we should avoid during this stage because they contain very high levels of mercury. Large high-mercury fish to avoid bluefin tuna, shark, swordfish, King Mackerel, and pike.

To continue consuming fish and obtain all the benefits it can provide during pregnancy. We can choose safe and low-mercury options such as salmon, shrimp, cod, sardines, anchovies, trout, tilapia, and canned tuna.

It is extremely important to make sure it is done correctly, especially during pregnancy. Not being well cooked runs the risk of toxoplasmosis, a parasite called Toxoplasma gondii. It is found in the raw meat of many animals and the droppings of an infected cat.

Some of the damages it can cause are premature labor, low birth weight, fever, jaundice, abnormalities in the retina, delayed mental development, seizures, abnormal head size, and calcifications in the brain.

You should avoid eating raw meats that are not well done, including raw beef, raw chicken meat, raw pork, or meat from any other animal that is not well cooked or is directly consumed raw, such as in carpaccios.

Ham had been associated with the risk of toxoplasmosis. Still, recent studies conclude that pregnant women can eat ham, although with certain specifications: as long as the ham has aged for more than 18 months (24 in the case of Iberian ham).

The sausages are also other food groups with which we must be careful during pregnancy, as they may be contaminated with listeria during processing. This section includes, for example, chorizo, salchichón, salami, mortadella, fuet, etc. According to the US Food and Drug Administration (FDA), the only safe way to consume them is by checking that they are reheated and very hot.

Eggs should be avoided raw due to the possible risk of salmonellosis, caused by the salmonella bacteria, and mainly contained in raw poultry, as well as raw or undercooked meats and eggs.

It is important to mention that it is about the raw egg by itself, but also foods that take it in its preparation and are not cooked later should be avoided. So this section includes homemade mayonnaise, hollandaise sauce, or any sauce or dessert prepared with raw egg such as mousses, tiramisu (it can be made without eggs), meringues.

This includes washing them well to avoid possible contamination by toxoplasmosis since this could be present in the soil where they are grown. Avoid their contact with raw meats and clean kitchen utensils well after use.

Although they are very beneficial to health, during pregnancy, we must take certain precautions and preferably avoid raw sprouts and sprouts since they are prone to be contaminated with bacteria such as E. Colli and Salmonella due to the conditions in which they develop.

And of course, it cannot be considered a food, but alcohol is prohibited in pregnancy. As there is no minimum safe amount, it is best to avoid it completely. The mother drinks get to the baby, and alcohol use in pregnancy is the most common non-genetic cause of mental retardation. The important reason not to drink a drop of alcohol during pregnancy.