A world of Asian gastronomy has opened up our culinary consciousness in recent decades. Sweet and sour pork and teriyaki chicken are dishes of the past. Here are twelve national dishes from across the Pacific that are popular today. 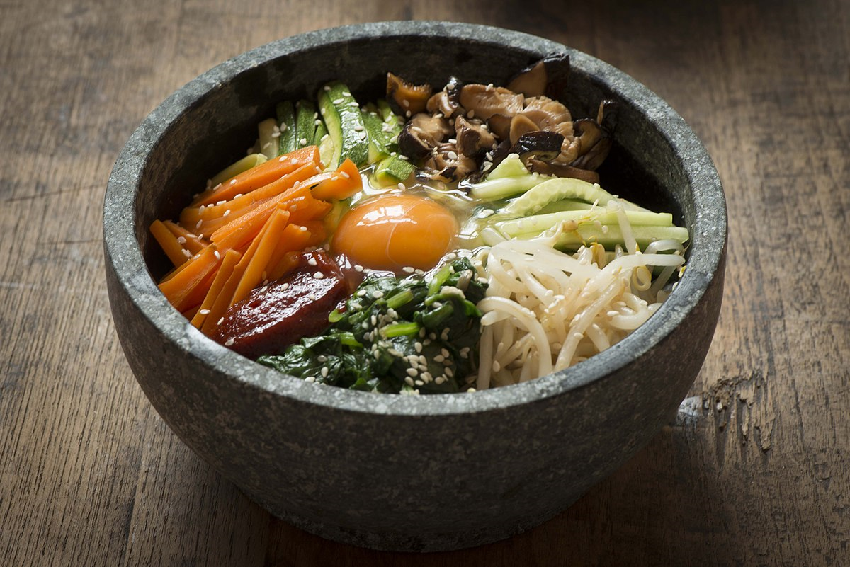 Bibimbap is a popular Korean dish that means “mixed rice”, an apt description. Its ingredients include sautéed vegetables, grilled meat, and red chili paste, plus a fried (or raw) egg, served in a bowl over freshly cooked rice. The diner mixes everything and enjoys the explosion of flavors.

Sukiyaki is a traditional Japanese dish that is simmered in a shallow pot at the table, with meat, vegetables, tofu, and noodles (usually the clear noodles made from a kind of mountain yam) in a sweet yet savory broth. of soy sauce. The famous Japanese song from 1964 has nothing to do with this dish; it was given that name because Westerners knew the word after World War II.

The origin of this Cantonese dish dates back to the times when travelers would take a tea break along the Silk Road. Tea was served with small portions of food—a practice that has become modern-day dim sum, a cornucopia of dumplings, noodles, meat, vegetables, and seafood brought to diners’ tables.

It is one of the best-known Filipino dishes, it comes from the Chinese, who brought the noodles to the country. Pancit bihon, the most popular of the many varieties, includes clear noodles of rice, meat, cabbage, and other vegetables sautéed in oil, with soy sauce and other seasonings.

Many Americans are familiar with pho, the Vietnamese noodle soup typically made with beef, bean sprouts, onions, and hoisin sauce. This soup was invented in the early 20th century near Hanoi. When the country was divided into North Vietnam and South Vietnam, pho spread south, then came to the United States in the 1970s and 1980s with refugees.

Pad thai, the national dish of Thailand, is commonly found as street food, with all the ingredients sautéed in oil in one pot. Soaked rice noodles are the main ingredient, sautéed with a combination of eggs, tofu, meat or seafood (shrimp), chopped peanuts, and vegetables mixed with fish sauce and other seasonings for a light, balanced flavor.

The tandoor is a traditional clay oven from central and southern Asia that adds the smoky flavor of wood or charcoal as the food cooks. Tandoori chicken is the most popular dish served in Indian restaurants. The chicken is seasoned with cumin, cayenne pepper, garlic, ginger, and other spices, which add red color to the meat.

Sushi and sashimi are sometimes confused, but they are distinct Japanese delicacies. Sashimi is raw, sliced ​​fish served with soy sauce and wasabi. Sushi consists of rice marinated in vinegar, served with or without sashimi. Sushi can be rolled and wrapped in seaweed and can include vegetables, or used as a filling for pouches made from deep-fried tofu skin.

Salty, sour, and spicy, kimchi often cited as a super-healthy dish given its vitamin-packed probiotics, is Korea’s national dish. It is almost always made with Chinese cabbage that is seasoned with salt, covered with chili paste, shrimp paste, and fish sauce, and allowed to ferment. It can also include or be made exclusively from cucumbers, daikon radishes, and chives.

It’s easy to describe it as a Filipino spring roll. Lumpia originates from the Fujian province of China, and variations of the dish are found throughout Southeast Asia, including Indonesia. Lumpia rolls are thinly rolled (compared to Vietnamese or Japanese spring rolls), and can be deep-fried with ground meat and vegetables; They are served accompanied by a sweet and sour sauce.

The term banh mi refers to the single-serving-sized bread left over from the days of French rule in Vietnam but is also synonymous with sandwiches served on crusty bread. They can be made with pork, chicken, pâté, sausages, and even sardines. They also typically include cucumbers, cilantro, grated carrots, and daikon radishes.

Fans of Chinese food might be familiar with Chinese noodles—those meat-filled pockets of dough that are boiled or stir-fried. Xiao long bao is Shanghai-style dumplings—or, more accurately, buns (“bao”)—that are tiny, like the chocolate bonbons known as kisses, and twisted at the top to close. The xiao long is the bamboo steamer pot in which the bao is cooked.